GOP Sen. Kennedy vs. Chuck Todd: "Both Russia And Ukraine Meddled In The 2016 Election" 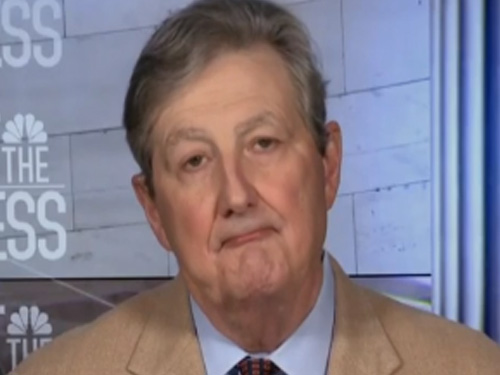 In an interview with Chuck Todd on NBC's "Meet The Press," Sen. John Kennedy explained the Republican strategy to defend President Trump from impeachment and rejected the premise that only Russia or only Ukraine could have intervened in the 2016 election. "I think both Russia and Ukraine meddled in the 2016 election. I think it’s been well documented in the Financial Times and Politico and The Economist and the Washington Examiner, even on CBS that the prime minister of Ukraine, the interior minister, the Ukrainian Ambassador to the United States, the head of the Ukrainian anti-corruption league all meddled in...
[Source: www.realclearpolitics.com] [ Comments ] [See why this is trending]

Opinion | What if Trump Gave Alaska to Putin? - Stats