Trump visit to Moscow for military parade would be 'right step,' Putin says 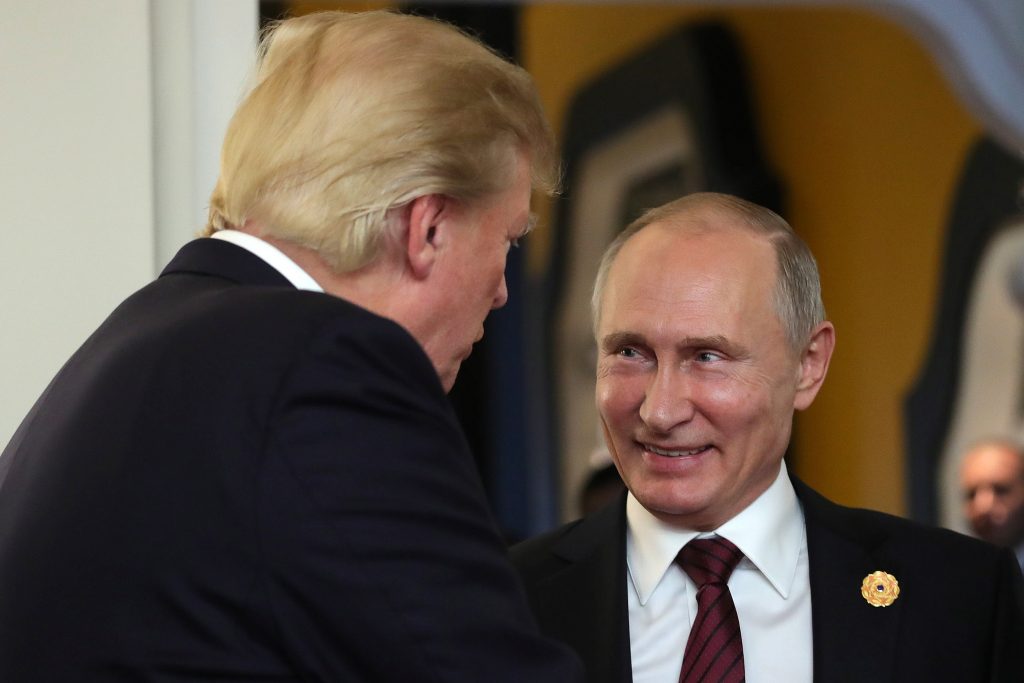 Russian President Vladimir Putin said it would be a "right step" if U.S. counterpart Donald Trump accepts his invitation to attend the upcoming May 9 military parade in Red Square commemorating the 75th anniversary of the end of World War II. "The presence of the leader of a country which made a major contribution to the fight against Nazism at a ceremony marking the end of World War II, even amid a pre-election campaign, would be a right step," Putin told reporters in Brasilia on Thursday on the sidelines of a summit of BRICS leaders from Russia, India, China, Brazil...
[Source: americanmilitarynews.com] [ Comments ] [See why this is trending]